Manfred Schweigkofler conceives this new production that paints the Capulets and Montagues as dueling fashion houses. Against a backdrop of models, paparazzi and high style, Romeo and Juliet's love for each other unfolds to its deadly conclusion.


Perhaps no love story in history has been reinvented and reshaped more frequently over the years than Shakespeare’s ultimate tale of forbidden love, Romeo and Juliet.  From period theatrical productions, to Baz Luhrman’s film Romeo + Juliet and Bernstein’s West Side Story, the theme of passionate young love that challenges societal boundaries has consistently transcended time, setting, and musical styles thanks to its deeply human characters and conflicts.

The Opera Company of Philadelphia has created an exciting new production of Gounod's opera conceived by celebrated director Manfred Schweigkofler, the Artistic Director of the Bolzano City Theatre in Italy and the producer of Bolzano Danza.  OCP is proud to host Schweigkofler's American directorial debut, along with the American debut of Italian scenic designer Nora Veneri as they realize this doomed romance in a contemporary setting in the highly-competitive world of fashion.

The action is set in the glamorous world of haute couture. “Capulet and Montague are established fashion labels,” Schweigkofler shares, “and so they are rivals that compete against each other for market share.  Juliet is not only the spoiled daughter of the House of Capulet – she is also its star model.  Her face smiles at us from billboards and the pages of the glossiest magazines.  It seems impossible that Romeo could start an affair with the top model and family member of the rival company.”

To prepare for the production, star artists (and real-life husband and wife) Stephen Costello and Ailyn Pérez were captured on film last summer, while they were starring in the Cincinnati Opera production of La bohème.  Prominent fashion photographer Adam Leigh-Manuell, whose work in the advertising world can often be seen with Macy's, ESPN and Procter & Gamble products, shot the couple in his Cincinnati loft studio, with wardrobe by OCP Costume Director Richard St. Clair.  St. Clair worked with hair and make-up artist James Geier, whose designs can be seen on major operatic stages throughout the U.S., and together they created a look that highlighted the differences between the fashion houses.  "The Capulets are more dressy, sophisticated, chic.  The Montagues, with their band of young men, is more "street" -- more urban," St. Clair shares.  The photos have not only been used in advance materials for this production, but also in the show itself, since Juliet is the "Capulet cover girl."

Schweigkofler’s vision runs through every detail of the story. “In a typical story of blind ambition, to advance his family’s industrial interests Tybalt is working to ensure the marriage of his cousin, Juliet, to Paris, who is the publisher of the leading fashion magazine.  Paparazzi lurk around every corner.  Under these conditions, pure love is often doomed, and Romeo and Juliet are trapped in this world.”

A number of adaptations are made in keeping with the updated concept.  The masked ball becomes a major fashion show for the House of Capulet, which attracts widespread media interest; Romeo and his friends have crashed the event to spy on their competitors.  Gertrude is a confidante for Juliet, and the famed aria “Je veux vivre” is Juliet’s sincere avowal that she wishes to break free from this world of glitter and glamour so that she may live her own life.

This new production aligns perfectly with its youthful, international cast, and features fashions for the principal cast which have been either designed by St. Clair or shopped from the "Who's Who" of couture, including Badgley Mischka, Ralph Lauren, Dolce & Gabbana, Fendi, Armani, Monique Lhuillier, Diesel and Guess.  The opera also gave the Opera Company of Philadelphia the opportunity to collaborate on a grand scale with area fashion schools, nurturing up and coming talent both in the design and model communities. (Read more here.)

At the heart of the production, however, lies Shakespeare’s universal story, and Gounod’s sweeping music.  As Schweigkofler says, “My production of Romeo and Juliet is about the failure of a sincere, intimate relationship within a pretentious, limelight-seeking community. It is about the struggle of two vulnerable individuals against powerful societal machinery, and the tragedy of tender love stifled by a brutal community. Idealism proves to be no match for materialism.” 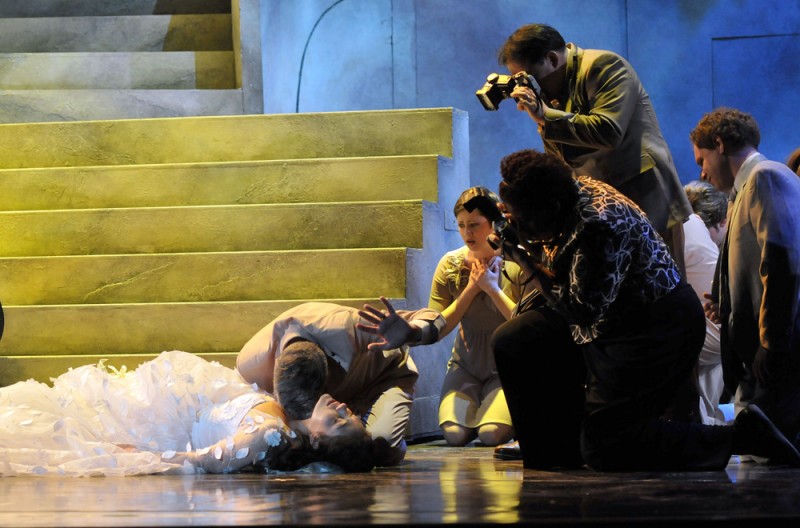 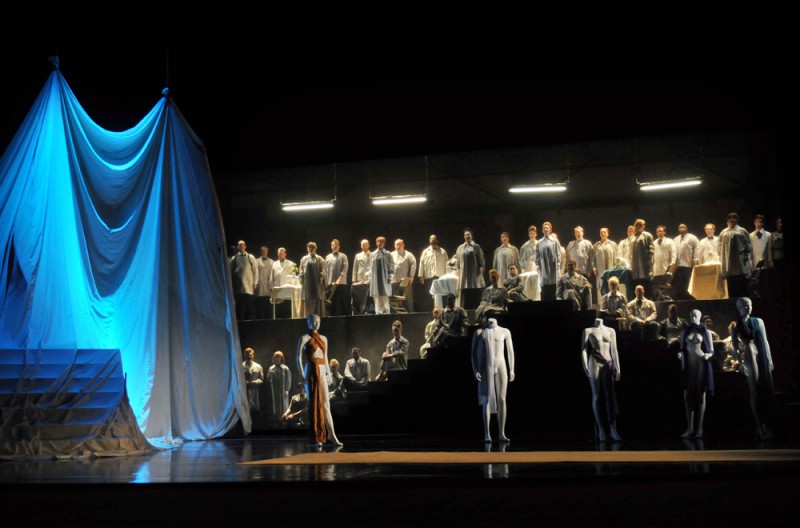 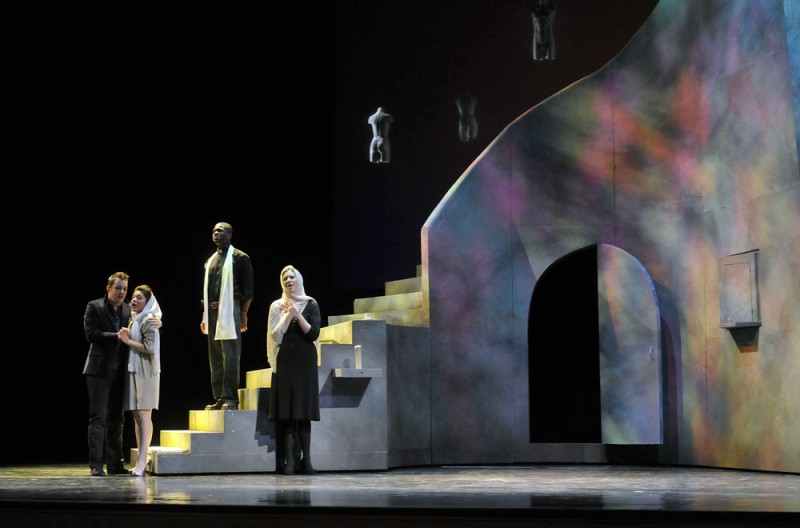 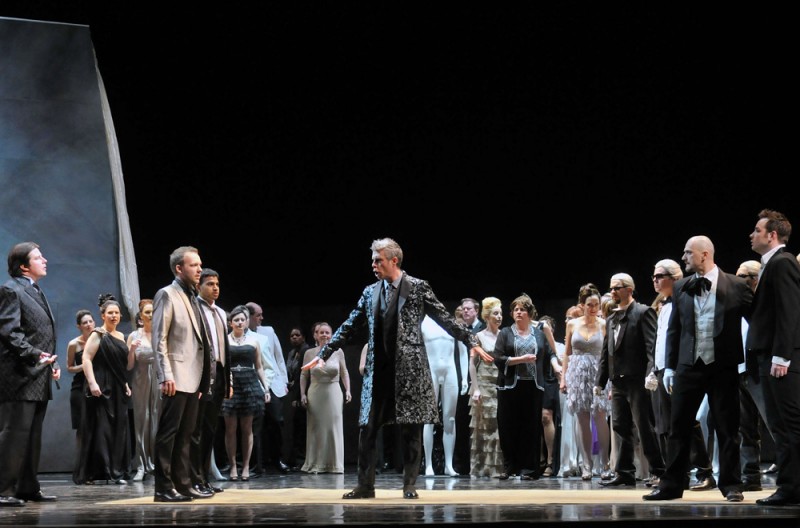 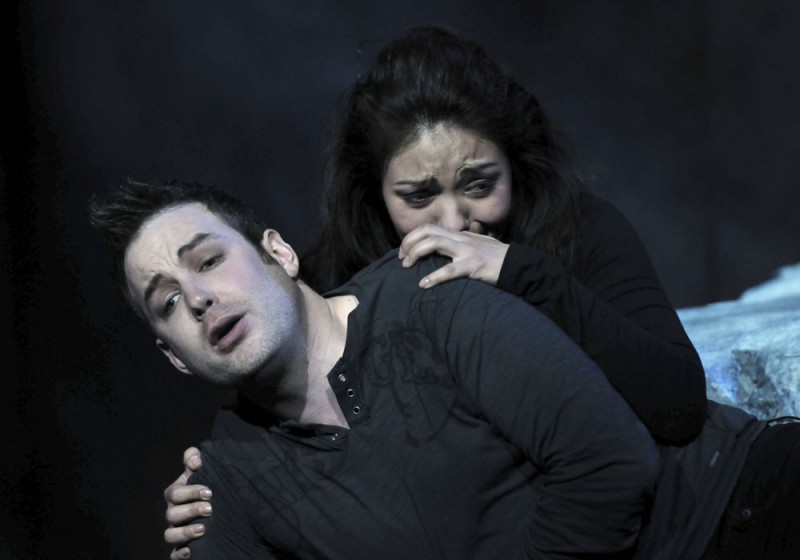 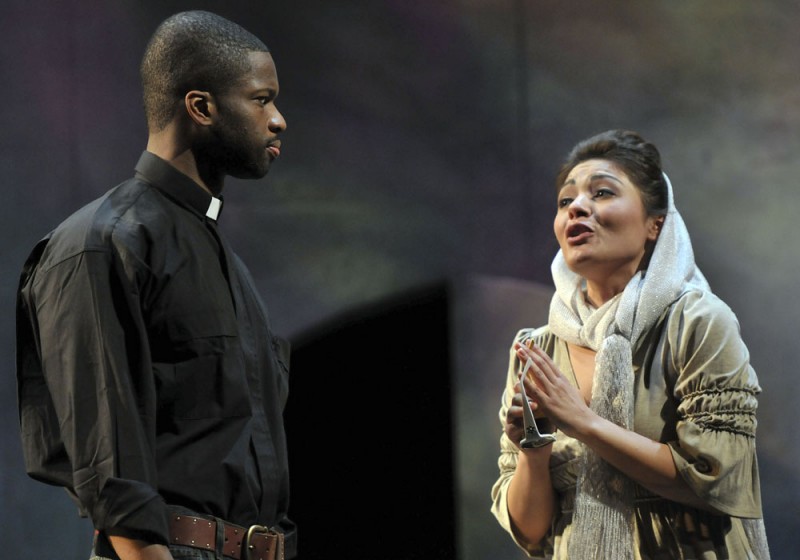 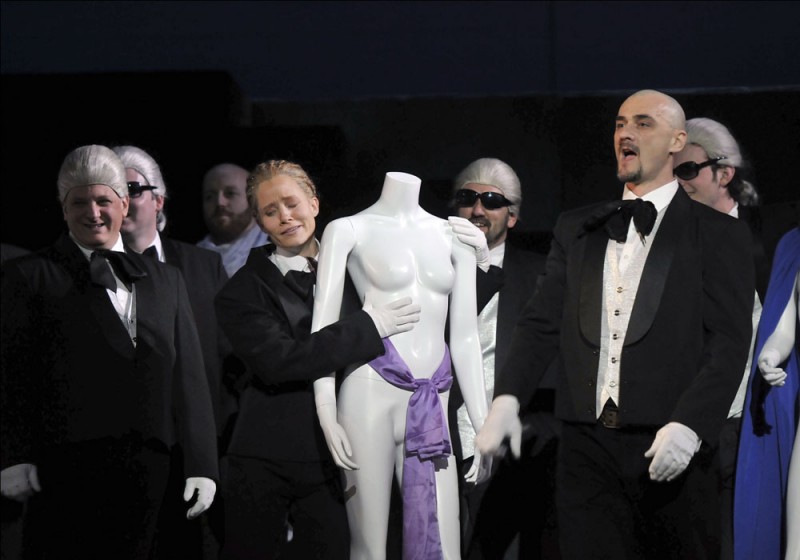 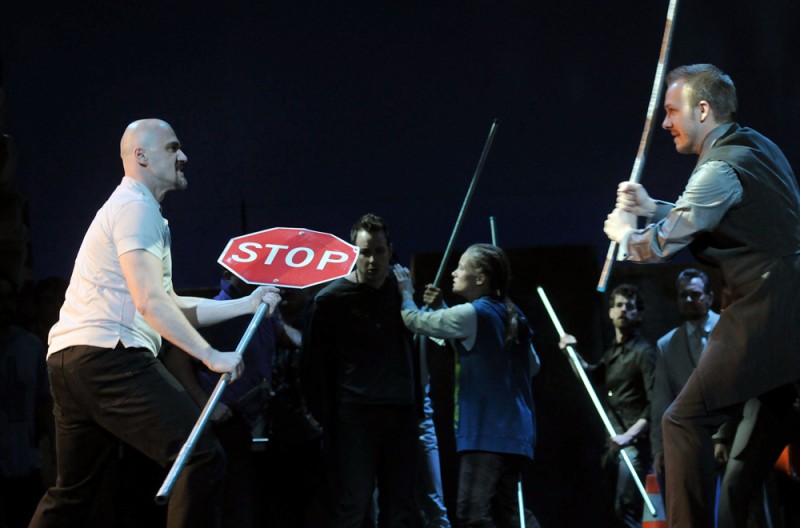 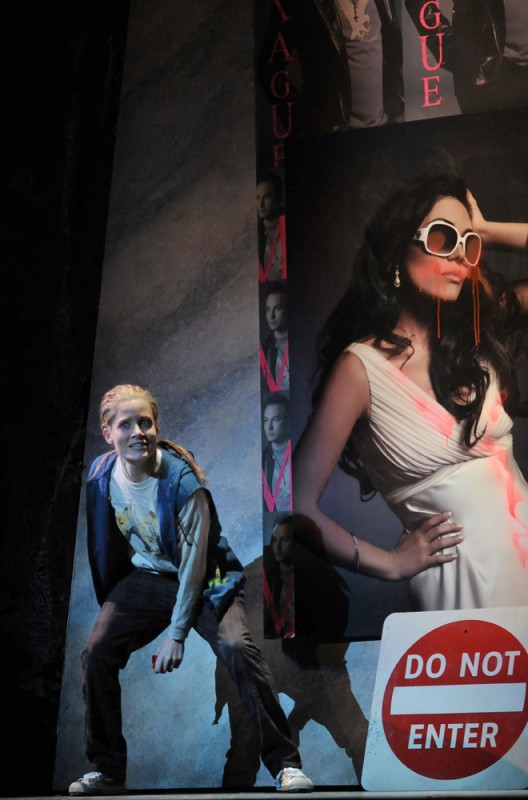